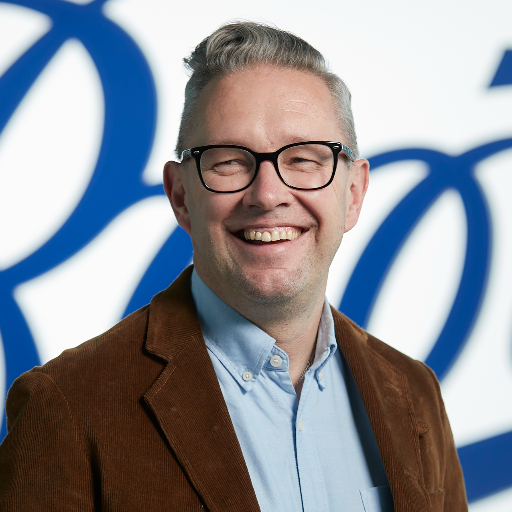 Richard Corbridge is a globally recognised expert in digital technology and its application to a diverse set of business, with over 25 years experience in diverse CIO roles across the healthcare, research and retail sectors. Richard has a passion for innovation, business change and benefits management. As a leader he insists on a focus on engagement and benefits being brought to all technology implementation.

In 2019 he was appointed as the first Director of Innovation at Boots UK with a remit to deliver a transformed high street pharmacy and health and beauty experience for customers across the UK. In 2020 he was promoted to the Boots Executive as Chief Information Officer with responsibility for technology throughout the business. In 2022 he took on responsibility for data, science and insight within his CIO role.

Earlier in his career Richard was the Chief Information Officer for the Health Service Executive in Ireland. In Ireland he achieved many successes, including the implementation of a unique identifier for health, along with a fully digitized referral process. He put in place Irelands first clinical information officer’s council, whilst driving a team to begin the first epilepsy genomic sequencing programme globally. He then went onto deliver the ability to implement a national lab system and oversaw the delivery of a national maternity health record. He was instrumental in the reform of the Irish healthcare technology system that has subsequently seen a plethora of awards and recognition for the team across Europe and globally.

In 2017 Richard was named the number one CIO from the UK in the CIO Magazine CIO100, he has remained in the top 10 CIOs ever since. He was listed in Hot Topics global CIO100 and Ireland’s first CIO100. He was also named the eGovernment Visionary of the year for Ireland by Leo Varadkar. In 2018 he was named as the most disruptive talent in digital by Sir Richard Branson and Steve Wozniak. In 2021 he was listed in the 50 most influential leaders in global digital healthcare by HIMSS and was recognised by Digital Leaders and Marketing Week.

In 2019 in recognition of his work in Ireland he was awarded the O’Moore medal for technology by the Irish Computer Society and Irish government, the highest accolade ever awarded to a digital health leader in Ireland. In 2021 he was awarded the Ambulance Service award in recognition of his work during the pandemic to place pharmacists on the NHS111 response team through digital connectivity.

Richard has worked as a non-Executive director on a series of health technology and communications start-ups assisting each in their year on year growth these include Draper and Dash, Forward Healthcare and Silver Buck. He has also sat on the advisory board of HIMSS Europe, The European Connected Health Alliance board. He was a founding member of the EU Commission’s Health Cloud and AI Council, the Information Security Forum’s Open Data working group and the global KLAS advisory board. In 2022 he became part of the My Future Health’s Technical Advisory Board, a not for profit organisation focused on the delivery of a new way of delivering clinical research across the UK.

His passion to share has led him to become a lecturer at Newcastle University Digital Innovation School; The Rotman School of Management, Ontario Canada and University College Dublin Smurfit School.

In 2022 Richard was named by the Huffington Post as one of the most ‘Social CIOs’ in the world. You can see the daily ins and outs of his work and life by following him on twitter at: @R1chardatron